A variety of CG modeling functions and intuitive operability of Shade3D have been loved by many users since its initial release in 1986, for a wide range of fields such as architecture perspective view, interior design, product design, and video creation. In 2020, Shade3D was selected as the No.1 software in terms of "Japan-made 3D CG software market share" in "Investigation on domestic market share of industrial VR/CG software" published on August 31, 2020 by Fuji Chimera Research Institute,Inc.
The latest Ver.22 includes new features for more accurate and higher quality modeling and rendering such as GPU ray tracing, AI denoise, and swept surfaces, as well as expanded and improved BIM/CIM features.

The ray tracing which was previously performed using the GPU is now performed on the GPU to enable the high-speed and high-quality image rendering. 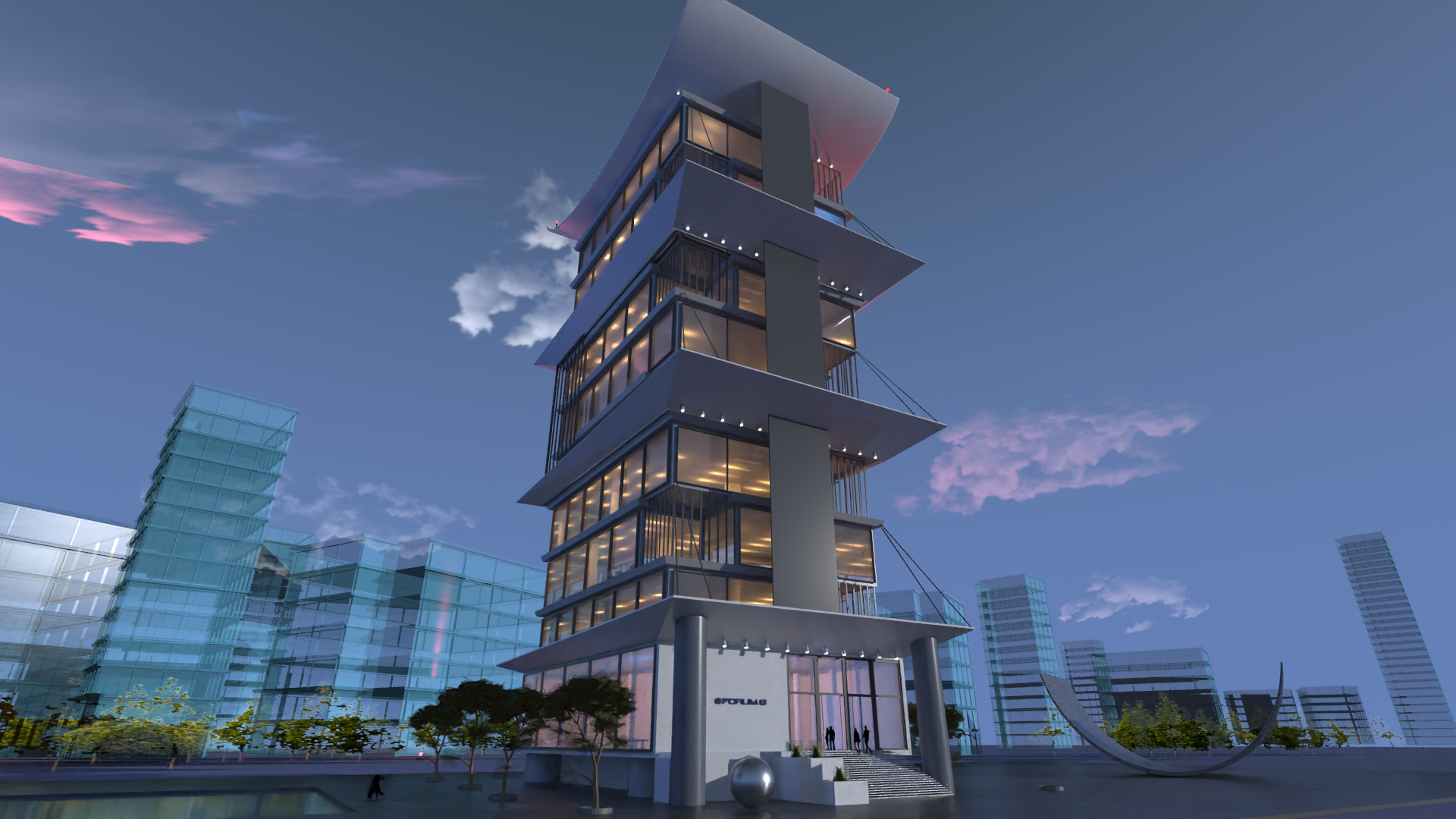 A denoise library Intel® Open Image Denoise is equipped. Extreme settings to create noise-free images will be no longer needed. 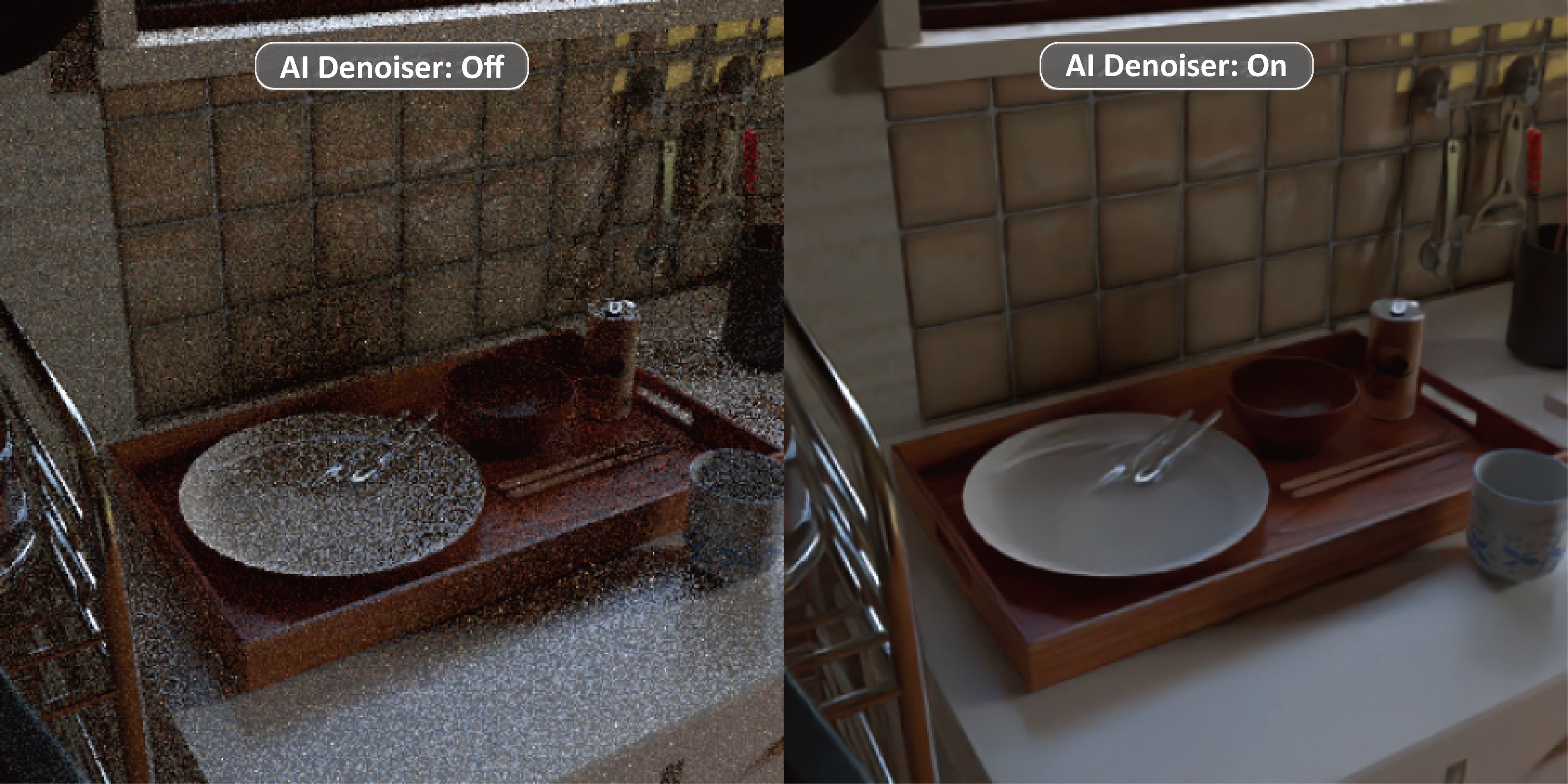 ▲Left: Before denoise, Right: After denoise 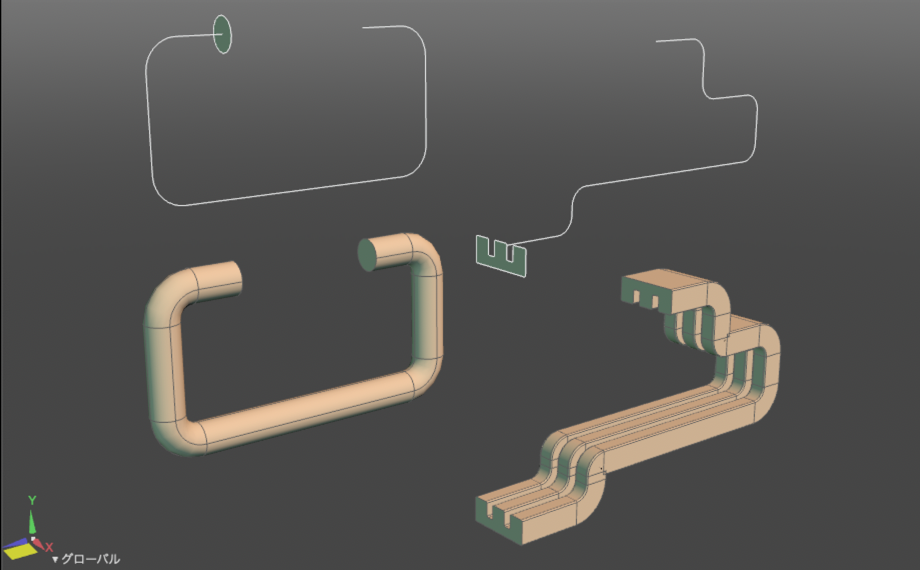 BIM/CIM features have been improved including the enhancement of the BIM/CIM Design Check Tool and IFC input/output added in Ver.21, enhancement of DXF import, and import of FBX files which can be downloaded from "PLATEAU", 3D city model open data published by the MLIT.

New sample programs and exercise programs for intermediates have been added to Block UI Programming Tool which can be used for education.

FORUM8 TV commercials which Mr. Patrick Harlan a.k.a. Pakkun appears are on air on each station. "Father's wish to deliver" episode (Oct. 2020 - June 2021) introduced "Game Programming PC" equipped with Shdade3D and Block UI Programming Tool, and "President and Secretary" episode is about F8VPS (FORUM8 Virtual Platform System) which can cooperate with Shade3D and build any virtual spaces.