The options to assign individual movements or event scenarios into models and the virtual space.

Scenarios are a series of event triggers and outcomes that make up for a certain condition. Through the use of scenarios, it is possible to replicate a certain real world case that a user wishes to simulate, as well as to better present to all possible audiences over the objectives of the VR simulation.

The scenario features allow users to assign numerous actions, movements, or triggers to next events, independently to each model. For example, when a car reaches a certain location, the traffic light can be set to always turn red, always generate a congestion, always spawn jaywalkers, etc. with endless possibilities to imitate many different situations depending on the user's objective over the simulation. Moreover, through other plugins such as the EXODUS and the Micro Simulation Player Plugin, users can further refine the details of the scenarios to perform evacuation analysis and more direct controls over objects in the VR space.

■Scenario
A scenario is a user-defined simulated condition that consists of a series of different events from the start to finish.

■Event
Events are a series of prerequisites or triggers required for one action to be performed before the next one can happen. For example, after a certain duration of time, or once the car reaches a certain location, an event will cause another to fire, such as a jaywalker appearing. Notice however, that a car must properly pass an appropriate spot for the next event to be triggered.
As previously mentioned, events are made up by a series of events. Thus, users can keep on adding events by defining the prerequisite, action, and results, until it reaches the desired outcome to complete the scenario. 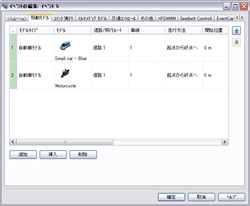 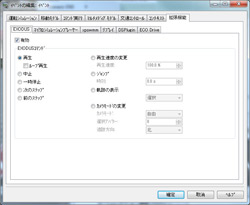 ▲EXODUS tab window
Allows control over the animation
to be used in the EXODUS plugin. 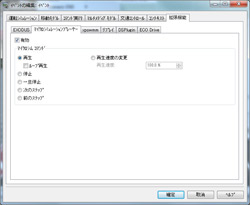 Paying 40% of the product price allows anyone to use the product on any PC anywhere in the world.


* We are sequentially making a transition from the maintenance-support service to [Subscription Service] from April 1, 2016 in order to enhance support for diverse product usage and to reduce license management cost.

■Rental floating license : After web activation, anyone can use the products on any PC anywhere in the world.

■Rental access : You can increase the number of licenses you own and use these additional licenses for a specific period of time (1 month to 3 month) at your discretion. We will later send you an invoice based on your usage log. The advance application is 15% off of the regular rental license price. Please place an order from User information page.

*Rental / Floating Licenses were introuduced on September 2007 to enhance user experience and convenience of our products.

*Duration of Rental / Floating Licenses cannot be changed after starting these services. Re-application is required to extend the rental and floating license duration.

Contact us from Sales inquiry or email to ist@forum8.co.jp